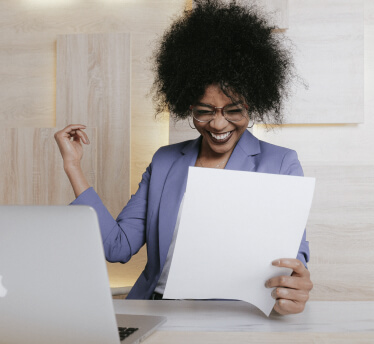 8 TIPS to IMPROVE your Castability!

When you become an actor, two of the very first words you hear are: Casting and Director — together as one. This is the premise upon which our profession is based. And while there is a great deal of truth to that, there are also plenty of “curveballs” you will encounter in your acting career when it comes to engagement with the casting directors in your marketplace or area of active performance. To assist with getting started along your journey, or to re-set your mentality about casting directors in general, I offer up eight thoughts!

LIONS and TIGERS and… CASTING DIRECTORS!!

Here, a nod to the movie classic, “The Wizard of Oz,” is quite appropriate. Dorothy is encouraged to ‘follow the yellow brick road’ as a way to ‘get home’ — a nice analogy for SUCCESS. However, along the way, she have to overcome the perceived threat of lions, tigers and bears. As we quickly learn, Dorothy creates more worry in her mind than what actually happens when she and her friends met a certain lion. As performers, it is important you don’t psych yourself out before you ever get started. Are casting directors people you should be frightened of? Absolutely not. But, when starting out,  we’ve all worried about making an impression and pleasing them. Later we learn to re-direct that worry into our craft and be right in our art so we get cast and build solid relationships with them that way.

Bottom line: Let’s not start out scared of casting directors. It won’t help you act better!

1. YOU ARE A SOLUTION

If you take the immediate premise that Casting Directors are living in a maze and all they want to do every day is find a way out as fast as they can with great solutions then it is much easier for you to realize, YOU ARE THE SOLUTION. When you get an audition, first and foremost, realize that you’ve already won. Because casting only has time to see about .001% of the actors who are possibly right for any role that comes available if you’re in a big city like New York, L.A. or London. So rather than being fearful like, “God I Hope I get it” from the play, Chorus Line, just do your work and be a solution! They’ll LOVE you for making it easier that day to get through their MAZE of casting problems. Start right there mentally.

Yet another key wrinkle and distinction we must have when it comes to casting directors is to view them with the appropriate positioning based on how all companies and industries work. Know that within each state in the U.S., for example, the casting directors position (while being an independent contractor almost 100% of the time) is governed by the same Labor codes as for any Human Resource director. Well, yeah, because what they do is conduct JOB INTERVIEWS. Sure, we like to call them auditions, but in the eyes of the governing labor entities – they’re the H.R. department. Boom!

Virtually every casting director Kevin has ever encountered will echo the fact that, for the most part, they live their lives in a constant state of overwhelm coupled with being on pins ‘n needles. Once again, back in he olden days before digital technology the overwhelm mostly came from the TIME it took to process their work – because yes, they had to sort through hundreds and hundreds of photos, no cell phones, no computers etc. etc. Casting back then, as a job, was quite arduous in terms of the physical tasks. Ok, fast forward to the 21st century and the Internet comes along. Then we have color pictures and then we have the THUMBNAIL electronic casting portals and THAT has once again made their position quite overwhelming because people more often WAIT until the last second to communicate and also they now get thousands upon thousands of electronica submissions for each role. Just carry this in your mind – they’re swamped.

One of the most important chapters you’ll read in Kevin’s actor business book, 7 Deadly Sins – The Actor Overcomes, is the chapter on rejection. Actors tend to focus way too much on not getting the job and how they’ve “been rejected” which honestly couldn’t be further from the truth…almost all of the time. What DOES happen is that the casting director is given new specs on a role. Similar to a construction company getting a new Blueprint for building a house. One day they needed a big crane to be able to accomplish the Blueprint and now, all of a sudden, they don’t. This is exactly what happens in casting but actors go in, audition, do a GREAT job and wonder why they didn’t get it? Answer: Because what MAY have happened is they changed the woman to a man, and the African-American to Asian. They have the inside dirt so relax and stop believing every time you don’t get hired it is a personal affront to you. This can be quite harmful to your psyche.

Yep, that’s right folks, it only takes one casting director who truly adores you, your talent, and everything about you to potentially change your career. JUST ONE. No, that does not mean (we can hear Kevin screaming it now) that you should not try to create a professional association with as many casting directors as you can, always, but it does only take one. Yet, since Kevin started his career in Atlanta WAY back in the day he knows also, sometimes there is actually ONLY ONE in the entire town. In the mid-Atlanta pretty much had only one Theatrical CD and one Commercial casting office. So, the “it only takes one” phrase goes both ways. Be very mindful, not scared, mindful if you’re in a city with only a few options.

This is likely the shortest item you may ever see in this entire Blog over time but this is paramount and simplistic. No matter what happens, no matter how many times you audition and don’t get hired. No matter how many times your agent or manager attempts to get you an audition and the answer from casting is “NO”. Do not make the casting community your enemy in your mind. This will only serve to harm you, not them. You cannot go into a job interview (aka, audition) with the subconscious thought that in this moment it is me v. them. Your performance will suffer which perpetuates them not having a desire to see you again in the future. This is a CAREER NO-NO!

Here we have one of Kevin’s favorite conversations regarding any one person or set of people in show business. Yes, this is a hard one to learn and to have become just non-existent in your mind but it’s quite important to do so. Casting directors have a job, a position, and so do you. If you deify them in some way, put them on TOO HIGH of a pedestal your behavior around them or your auditions for them are likely to be lesser than what you could have done because you may be trying SO hard to impress them, you don’t really perform as well as you could. They’re people, just like you, so be cool.

8.          RESPECTFULLY UNDERSTAND THAT THEIR POWER IS LIMITED

And lastly, yes, we call them casting directors but as they will tell you their power is GREATLY limited in today’s world. You see the same in big time sports, where the Quarterback doesn’t call his own play, signals are sent it. Why? Because the blame has to go to the Coach/Manager rather than the player. This is the same now in show business. The Directors in Film, the Producers/Showrunner in Television know that it is THEIR NECK on the line when it comes to who is cast so the casting directors are omnipotent filters but, RARELY, do they get to ‘make the decision’. Certainly, based on their seniority and/or their relationship with their superiors they can potentially INFLUENCE who gets cast but usually that is only for the smaller roles at best. This does not diminish casting directors in any way but it should help you mentally.

This blog post is called, Casting Curveballs, because it is a constantly MOVING part of our profession and career. The most important suggestion we can make to you about casting to sum up everything above is this statement: There are too many actors, per role, so if you’ve been called in for an audition – you’ve already won and they’re dying to have you be brilliant, so by all means, feel free to BE BRILLIANT and the results will take care of themselves!IMPTI

Never doubt that a small group of thoughtful, committed citizens can change the world; indeed, it’s the only thing that ever has.
Margaret Mead